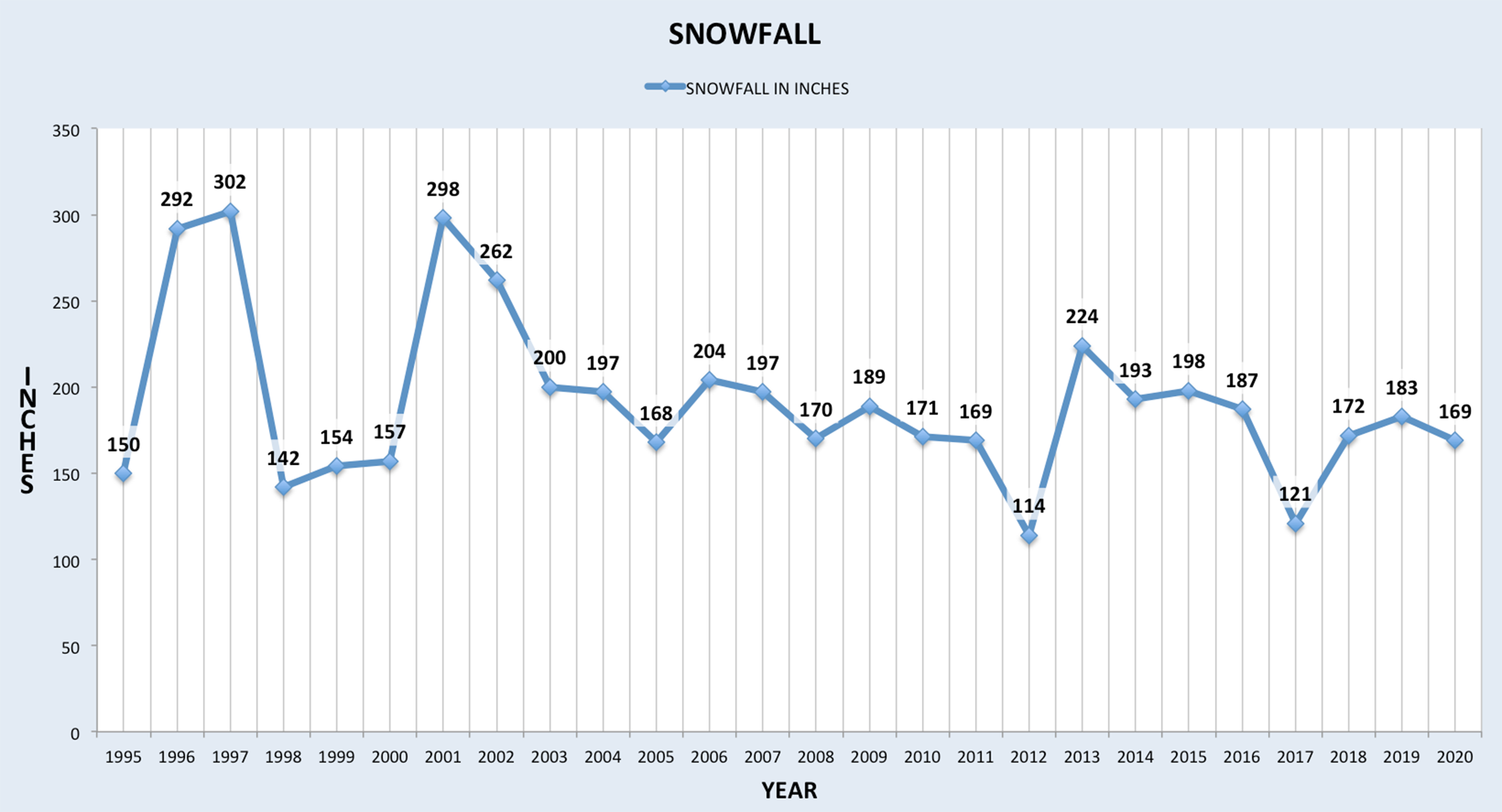 "Ironwood, MI, and its twin city on the Wisconsin side, Hurley, not only reside in a northern location more prone to cold and snow, but also just 18 miles south of Lake Superior."

"Cold north winds pick up moisture off the nearest Great Lake, adding to snowfall totals from a winter storm ('lake enhancement'), but also in the absence of a nearby storm ('lake effect')."

"Locals revel in outdoor recreation. There are five downhill ski resorts, and hundreds of miles of snowmobile trails in the area."